Why the American Middle Class is Ditching Health Insurance for Good

Ever since the Affordable Care Act went into effect, health insurance premiums have been going up and up for the middle class. For many Americans, paying for health insurance is almost as difficult as paying the rent or mortgage.

This is especially true for people who don’t qualify for a federal insurance subsidy. These are the millions of people that the ACA leaves behind, forcing them to pay exorbitant premiums for even the most basic of coverage.

The time for a nationwide reckoning is now. In every state and every city, middle class Americans are finding new ways to pay for their medical expenses, without having to hand half their paycheck over to the insurance companies.

How are they doing it? It’s called Health Care Cost Sharing, and it’s about half the cost of conventional health insurance. Interested? I thought you might be.

The problem: Middle class health insurance costs are rising much faster than wages

When you actually take a look at the numbers, there is no other way to say it: The American Healthcare System is rigged, and we are the ones footing the bill. Year after year, average deductibles and premiums have outpaced wages by a significant margin.

According to a recent report from the The Commonwealth Fund, the average cost of combined premiums and deductibles has been going up steadily by about 6% per year. Meanwhile, American wages only go up by about 1.9% per year.

See the problem? If we extrapolate these figures over a couple of years, we’ll end up in a nightmare scenario where nobody can afford health insurance (except the health insurance executives).

When the Affordable Care Act was introduced, it came with  the opportunity for some people to receive a federal subsidy that would make ACA health plans more affordable. The catch, however, was that these subsidies would only be available to families and individuals who earn between 100% and 400% of the federal poverty level.

Anyone who earns more than this number (~$50,000 for individuals, ~$100,000 for families) is plum out of luck. This means that they have to shoulder the cost of an ACA plan entirely by themselves. Considering that average ACA plans are nearing $600 per month, this is a considerable expense.

It’s so considerable, in fact, that a lot of middle class families and individuals simply can’t afford it. Even if they can scrape together enough cash to pay the premium, there will be nothing leftover for deductibles, co-payments, and other out-of-pocket costs.

The sad result is that millions of Americans feel no other option than to forego insurance coverage altogether. This might save some cash on the short term, but it also leads to a lot of people delaying health care that they need. This makes health problems even worse, and then the costs up for everyone involved.

First things first: Health sharing plans are not health insurance. Frankly, that’s what I like most about them.

These low-cost plans are designed to cover the large or unexpected medical expenses that could occur at any time, without draining your bank account every month with an expensive premium.

Health sharing is not as comprehensive as conventional insurance, and some plans have additional restrictions on what kind of costs are covered. But for families, individuals, and even small businesses, these plans present a unique opportunity to save big while remaining protected from the biggest, scariest health costs.

Q: How does health sharing work?

Health sharing plans are offered and administered by Health Care Sharing Ministries (HCSM). Traditionally, these faith-based organizations were formed to allow like-minded individuals to contribute money to a pool that can be used to pay for member health expenses.

When a member incurs an expense, such as a broken leg or an unexpected trip to the hospital, the costs can be reimbursed from the sharing pool.

Sound familiar? The basic concept is a lot like health insurance. But there’s one major difference: no health insurance companies. That makes it possible for these plans to remain affordable while ‘regular’ insurance costs just keep going up.

Q: What are the downsides to health sharing plans?

There are a couple of reasons why health sharing is so much more affordable than conventional insurance. The first is that there are no big, bloated insurance companies running the show. This does allow HCSMs to be leaner companies with much lower operating costs. But the flipside is that because it’s not insurance, health sharing is not guaranteed by the federal government.

Some health sharing plans also enforce a waiting period on pre-existing conditions, and most of them have restrictions on which treatments or services will be covered. Unlike insurance plans, healthshare organizations do not have to cover the same essential benefits required by the ACA.

To be sure, health sharing isn’t for everyone, which is why it’s important to speak with your Personal Benefits Manager before making any decisions.

Q: Are all health sharing plans faith based?

Most health sharing programs are still offered by HCSMs, which are faith-based organizations. These organizations require that new members sign a statement of faith. This is a simplistic, non-denominational document that also asks members to commit to healthy choices and abstain from smoking and illegal drugs.

In recent years, however, the potential of health sharing has become clear. Today, there are a number of non-faith-based cost sharing programs. These plans also require a written pledge to make healthy and morally sound decisions, but do not require a commitment to any specific faith.

Even though the ACA health insurance mandate was eliminated in 2019 some states (and Washington, D.C.) enforce the mandate on a state level. This means that you might have to pay a penalty if you go without health insurance.

Your new MEC plan can take care of the basics, including preventative health services. Meanwhile, your health sharing plan will be there to pay for larger expenses like accidents and unexpected hospital  visits.

If you pair your health sharing plan with an HSA-qualified MEC insurance plan, you can still own and operate a Health Savings Account (HSA). In fact, HSAs are ideally structured to act as a buffer for the out-of-pocket expenses associated with health sharing.

Still don’t have an HSA? Then you’re probably losing money. These triple-tax advantaged savings accounts let people put away pre-tax money for health expenses. The funds are allowed to grow on a tax-deferred basis, and any withdrawals used to pay for qualified medical expenses are entirely tax deductible.

HSAs can even be used to pay your monthly health sharing contribution, as well as any expenses that are incurred before your Initial Unshared Amount (IUA). IUAs are a lot like a deductible, only without the regular price increases.

When it comes to employer-sponsored health benefits, small businesses have a lot of options on the table. Conventional group plans, Health Reimbursement Accounts (HRA), and employee HSAs are among the most common options.

But health benefits aren’t cheap. This is especially true for small businesses, who don’t have enough employees to make group insurance coverage affordable, or perhaps don’t have the money to offer any kind of monthly contribution.

Group health sharing plans are now available to small businesses. For businesses with only a handful of employees, these plans are a unique opportunity to offer a valuable health benefit. If your employees also enroll in an MEC plan, then they can open up an HSA, and the employer can make tax-deductible contributions to it.

READ MORE: How to Setup an HSA for Your Employees

One of the most versatile sharing programs in the country is MPowering Benefits, also known simply as MPB. Since I first began helping clients switch to health sharing, MPB plans have proven to be one of the most popular options.

MPowering Benefits offers sharing plans to individuals, families, and even small companies. The MBP Care Plan might be one of the most affordable healthcare plans available anywhere, offering an entirely virtual care experience with moderate copays when on-site services are required.

Hi! I’m Misty Berryman, and I’m one of your Personal Benefits Managers. I like working with HSA for America because we’re creating solutions to healthcare problems. Our focus on money-saving alternatives like HSA plans and health sharing programs, and the variety of health share programs we offer, are what set us apart. Read more about Misty on her Bio page. 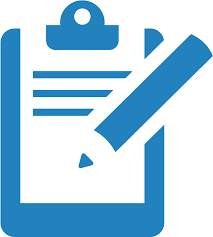